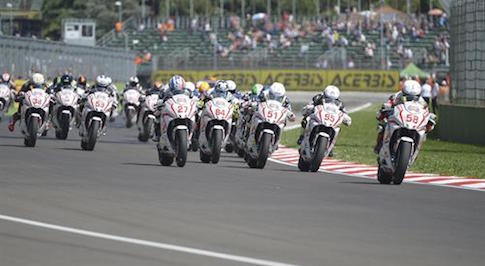 Round four of the 2015 Pata European Junior Cup, powered by Honda, will take place at Donington Park this weekend marking the halfway point in the eight-round series.

The three rounds completed so far have seen thrilling racing on track, which the EJC has become renowned for, with Spanish rider Javier Orellana embroiled in a battle at the top of the points table with Italian riders Emanuele Pusceddu and Paolo Grassia.