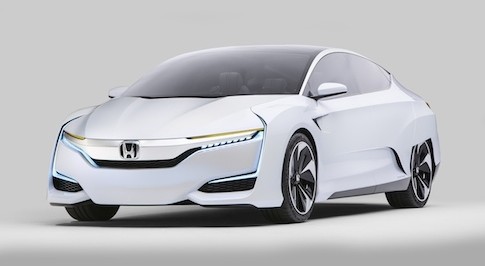 Honda has revealed its latest fuel-cell vehicle at the Detroit Motor Show, reaffirming the carmaker's leadership in the development of fuel-cell technology.

The futuristic FCV Concept showcases the exterior and interior styling evolution of Honda's next zero emissions fuel-cell vehicle and is due to be launched in Japan in March 2016, followed by the U.S. and Europe.

The new model will feature a spacious cabin with seating for five passengers, a driving range estimated to be in excess of 300 miles, and an anticipated refuelling time of approximately three minutes at a pressure of 70 MPa. Its fuel cell stack is also 33 percent smaller with a 60 percent increase in power density compared to that in its predecessor  the FCX Clarity.

As the next progression in Honda's dynamic FCV styling, the Honda FCV Concept features a wide aerodynamic body and delivers greater passenger space than the four-seater FCX Clarity.