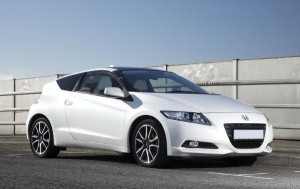 Honda has unveiled a number of new updates to its CR-Z hybrid, in a bid to boost both the style and performance of the vehicle.

The Japanese manufacturer has made subtle revisions to the exterior and interior to enhance the styling of the car, while the power of both the petrol engine and electric motor has been increased to 137 PS without comprising fuel economy or increasing exhaust emissions.

The CR-Z also now features a Lithium Ion battery for the first time and a Plus Sport (S+) boost system, which Honda says can help the driver make the best use of the sporty performance.

The car's 1.5-litre petrol engine has been updated with changes to the variable valve timing system and Engine Control Unit (ECU), with an anti-vibration knock sensor introduced and the material of the crankshaft upgraded, meaning peak power output has been increased from 114 PS to 121 PS.

Meanwhile, the electric motor system has also been improved, with the change from a Nickel-metal hybrid (Ni-MH) to a Lithium Ion battery accompanied by an increase in power from 14 PS (10 kW) to 20 PS (15 kW).

"The revisions to the 2013 CR-Z enhance its sporty appeal without compromising its impressive fuel economy and low exhaust emissions," Honda said of the car, which goes on sale in January.