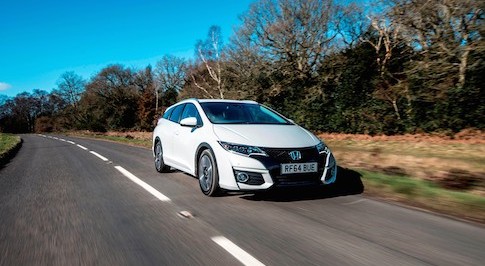 The win follows last year's MPG Marathon, where the Civic Tourer hit 97.92mpg over the two-day test, over achieving against the official quoted combined figure of 74.3mpg.

The Best Real MPG Performer award is new for 2015 and demonstrates the rising trend among consumers for increased efficiency and fuel economy as a priority in the decision making process when buying a new car.

Practical and spacious, the estate version of the Civic is a winner when it comes to fuel efficiency, with the diesel surpassing all of its rivals. According to Real MPG submissions for the past 12 months, the Civic Tourer diesel achieves an impressive 93% of its official economy rating, with a real world average of 68mpg."

Philip Crossman, Managing Director at Honda UK, commented: "This award from one of the most significant and relevant buying guides is a fantastic recognition of the capabilities and efficiency of both the Civic Tourer and the 1.6 litre diesel engine."