Honda announces plans for the future 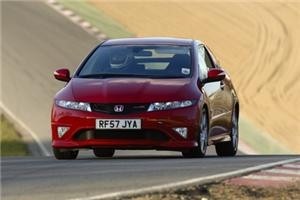 Honda announces plans for the future

Japanese car maker Honda has revealed that a fresh Civic Type-R and a brand new compact SUV are set to roll off their production line in the next few years.

In regards to the new Civic Type-R, Mr Ito has announced that the car will be developed specifically for the European market.

Plans are in place for the vehicle to use a road-going version of the 1.6-litre turbo engine, while also being touted to become "the fastest front-wheel drive vehicle on the Nurburgring race course".

The new compact SUV from Honda, meanwhile, could be derived using the Jazz platform and built at the Japanese car maker's Swindon plant.

Mr Ito is hopeful that upon production, the new SUV will be capable of competing with the likes of the Nissan Juke and Vauxhall Mokka.

Other announcements by Mr Ito at the briefing included Honda pursuing three new hybrid technologies, as well as the company pushing ahead with the development of a new fuel cell electric vehicle.