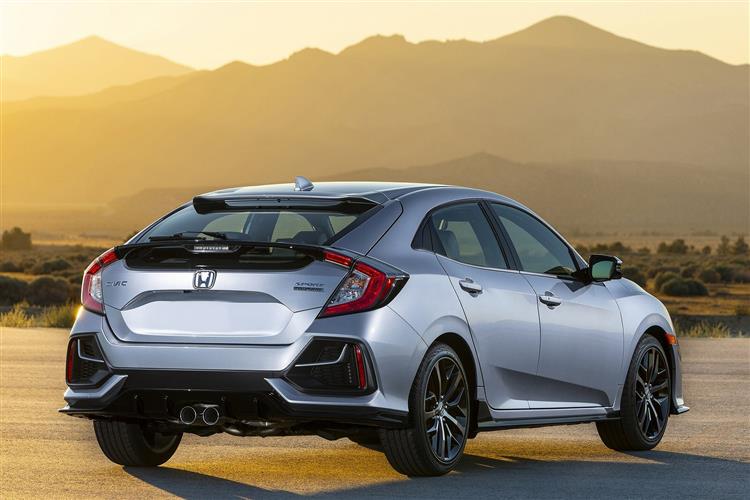 The improved Honda Civic 1.6 i-DTEC might just be the Honda diesel you've been waiting years and years for. With 120PS under its belt, it's got a bit about it, but will return up to 62.8mpg (WLTP) and up to 93g/km (NEDC) - pretty good for a family hatch.

It took Honda an awful long time to get enthusiastic about the idea of diesel power. In fact, the 1.6-litre i-DTEC unit we're going to look at here powering this tenth generation Civic is actually only the second diesel the company has ever designed for the European market. It's been significantly improved for use in this tenth generation Civic model. The enhancements include a reduction in cylinder friction, thanks to 'super plateau honing' of the bores to enable smoother piston movement. The 1,597cc engine uses the same advanced Bosch fuel injection system as before, and features a small, high-efficiency turbocharger, a low-pressure exhaust gas recirculation system and a high-intake flow, high-swirl cylinder head port. A high-strength, lightweight slender crankshaft and all-aluminium, open-deck, high-pressure, die-cast engine block minimise the engine's weight. For the new i-DTEC, additional cast ribs have been added to the cylinder block to increase structural rigidity and, consequently, improve the management of noise, vibration and harshness. It all sounds quite promising doesn't it?

This 1.6-litre diesel has been lightly revised in recent times but remains designed to offer high performance and low emissions, going about its job in a very Honda way. For a start, it's extremely small and light for a diesel lump. It makes 120PS at 4000rpm, which is impressive enough, but perhaps more interesting is the 300Nm of torque it can develop at just 2,000rpm. The engine's built in Swindon and designed for the European market. As with the petrol Civic variants, this 10th generation model gets a properly sophisticated suspension package. This model cruises over potholes its direct predecessors would have crashed through and does so with the demeanour of a much larger, more luxurious model. Of equal importance are the changes made to the structure of this MK10 model, all enabled by a significantly larger platform that's a full 52% stiffer than the previous generation chassis and positioned 10mm lower to the ground to improve the centre of gravity. All that's simply got to make a significant difference and sure enough, the grip and body control you get with this Civic is a significant improvement over what was served up before, further contributing to the 'big car' feel we referenced earlier. The steering's direct and responsive too, though lacks the final 'enth' of feel that sets a rival Ford Focus apart from its rivals in this regard.

Design-wise, there aren't too many changes to the sleek and swept-back shape. Just a more elegant, symmetrical lower front grille around the fog lights, a smoother air-intake design and full LED headlight clusters with redesigned LED daytime running lights, plus some revised 16 and 17-inch alloy wheel designs. As before, buyers get a choice of either the usual five-door hatch or a four-door saloon. Either way, the sharp lines are complemented by the most comprehensive aerodynamic packing in the segment, including complete under-body panelling. All of this sits on an advanced unibody platform. Inside, smarter textured interior panels have been added, plus the 7-inch Honda Connect touchscreen gets physical buttons and there are now dials for the infotainment and climate controls. Otherwise, it's as before. The driving position is set quite low and buyers should certainly notice the extra cabin space facilitated by the large body. Passengers on the rear seat get more space than is typical in this segment. Out back, luggage space remains near-class-leading, with 478-litres on offer in the hatch version. Plus there's a hidden underfloor compartment on most models that offers a further secure storage area.

Prices for this 1.6-litre diesel Civic variant have been kept quite competitive, starting at just over £20,000 for the base S model, rising to around £27,000 for a plusher 'EX with Tech Pack'-trimmed car with the six speed manual gearbox. There's an automatic transmission option if you want it. Trim levels mirror those of the 1.0 VTEC Turbo petrol model and across the range, 'S', 'SE', 'SR', 'Sport Line' and 'EX' trims are available. The top 'EX' trim is also available with an optional Tech Pack for £600 which adds LED headlights with washers, LED fog lights, wireless phone charging and heated rear seats. All models include the usual equipment features in this class - and Honda is particularly proud of this car's infotainment capabilities. The latest 'Honda Connect 2' connectivity system allows full smartphone integration via both AppleCarPlay and Android Auto so you can duplicate the functionality of your handset on the centre-dash 7-inch touchsceen display. Safety provision comes via Honda's suite of 'SENSING' technologies. These include a 'Collision Mitigating Braking System' that brakes the car to avoid an accident. Plus a 'Forward Collision' set-up that warns you of oncoming hazards. And 'Lane Departure Warning', 'Road Departure Warning' and 'Lane Keeping Assist' features that'll keep you from veering away from where you should be on the road.

There's not much to complain about in terms of the efficiency figures - 76.3mpg on the combined cycle and up to 93g/km of CO2. Of course, when it comes to day-to-day running costs, there's plenty else to consider. The extent of expected depreciation for example. The good news here is this tenth generation Civic model hangs on to 9% more of its value than its predecessor, which was already quite a decent performer in this area. As a result, the Honda is among the best in this sector with a residual value of 37% after three years and 60,000 miles for a typical version of this variant. That's around 8% percent better than most of its rivals and the other petrol and diesel versions are similarly good at holding on to your cash. On to the warranty, a three year/90,000 mile deal, which is a bit better than most rivals who tend to offer guarantees limited to 60,000 miles. There's also a fixed-price comprehensive aftercare package called 'Five' which includes five years' servicing, five years' warranty and five years' roadside assist. Residual values of the old ninth generation Civic held up pretty well, so there's no reason to think that those of this improved variant will be any different.